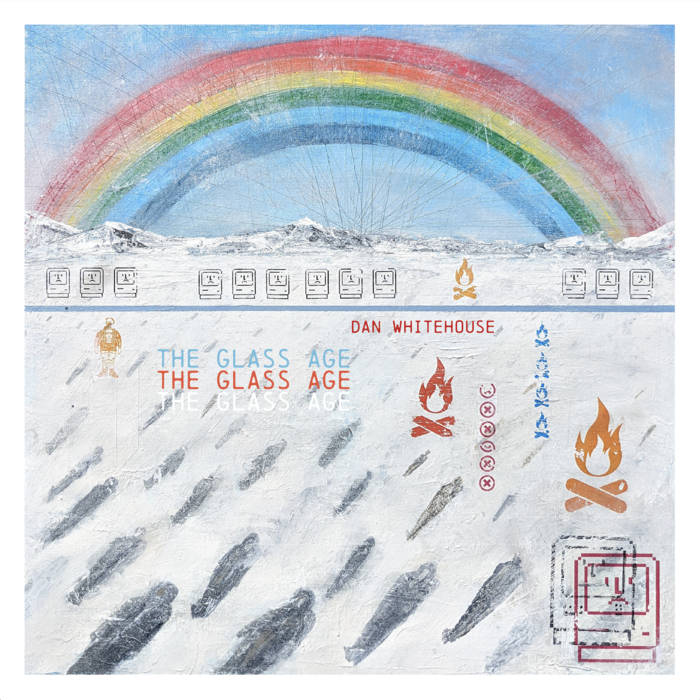 The Glass Age sees English singer-songwriter Dan Whitehouse continue to develop and evolve his offering whilst showing how he’s carefully nurtured his creativity during an imposed stay in Japan from January 2020 to June 2021. It features 7 tracks that explore the thin layer between digital and emotional life, whilst dancing with the realisation of our own fragility.

Dan’s sixth album is guided by his deeply observant and vulnerable-making lyrics, and exceptional story-telling, towards an infinitely hopeful conclusion. The songs lean directly into minimal electronica, executed with startling instrumentation from Swedish composer and producer Ljungrenn, using a single synthesizer, the Teenage Engineering OP-1 on all but the final track.

Whitehouse renews, reinvents and reimagines - with sensitivity and impeccable songwriting.

The collaborative process started with Ljunggren’s remix of Tomorrow (co-written with Ben Hewerdine) in April 2020 which naturally led to Whitehouse embracing the delicate nature of synth-based arrangements amidst his stark, but significant, shards of hope within the lyrics.

“The way we feel about one another doesn’t change, but the way we communicate is sometimes forced to. As humans we strive naturally to find new ways of communicating and surviving” says Dan.